a) Din A2 offset posters and self-covers.

2021 On invitation from The Palace of Typographic Masonry, fanfare represents the Playground of the In-Between. This playground creates space for chatting, gossiping, and sharing. Based on questions given to all contributors of The Palace of Typographic Masonry, the Playground of the in-between presents a soundscape and set of jingles and 14 vocal advertisements that hijack and play a part in the official museum audio tour. Designed and developed by fanfare, sound made together w/ Fabian Reichle. 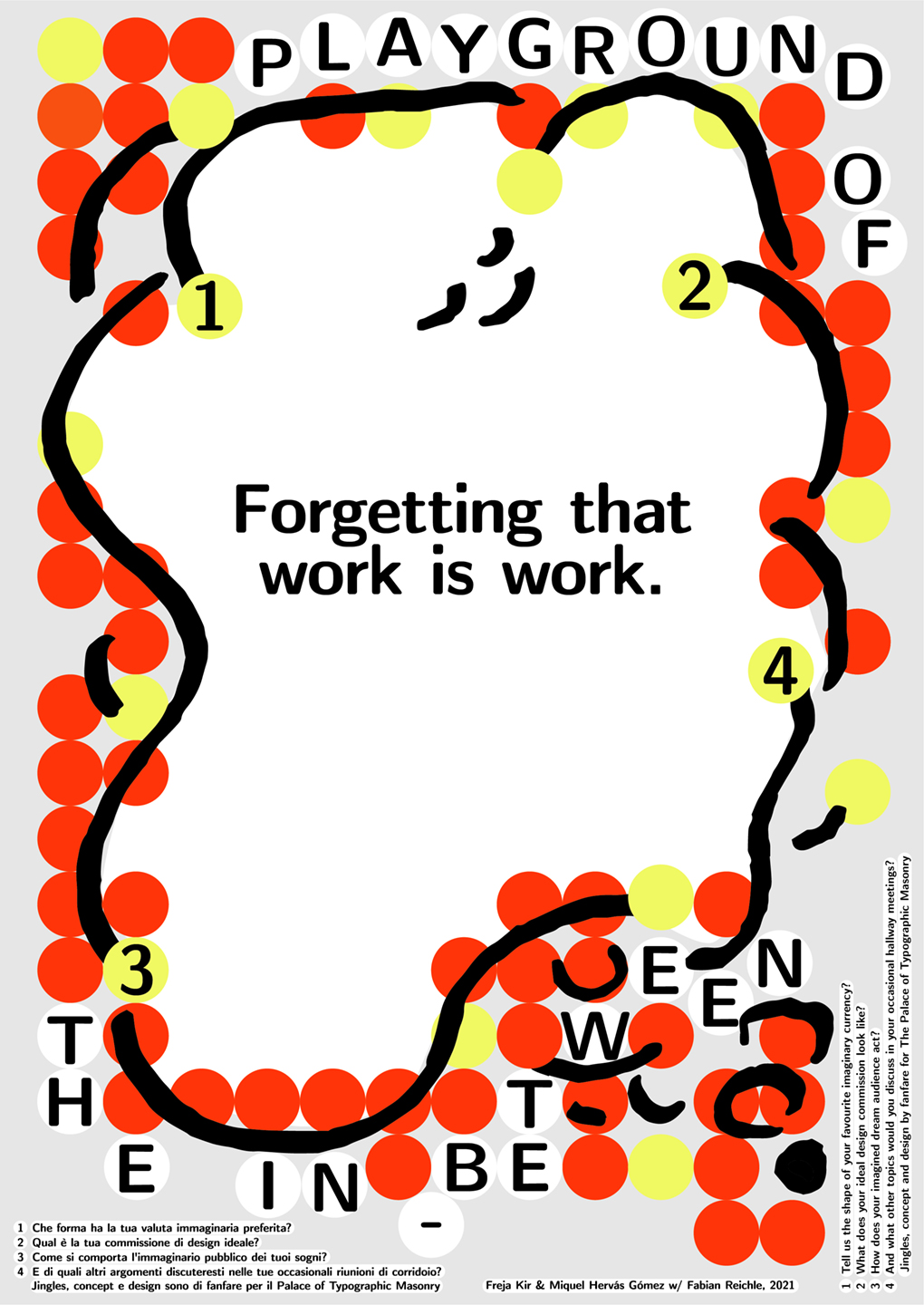 a) Din A0 screen printed poster. 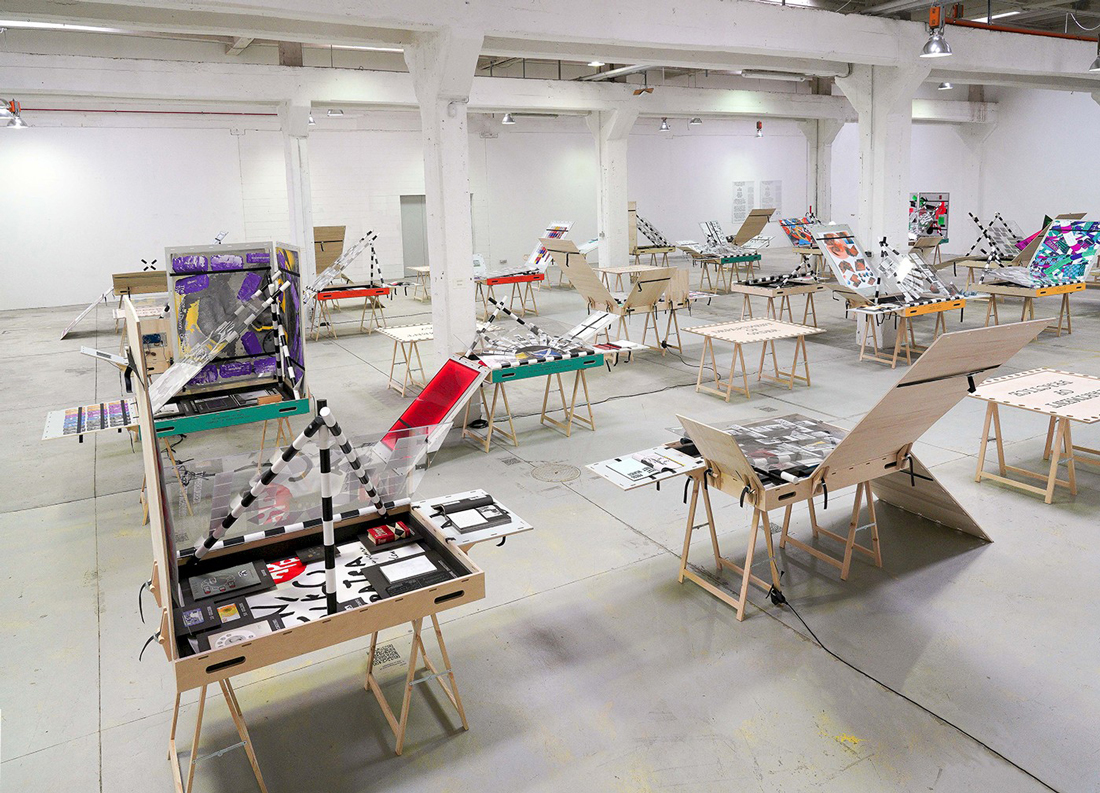 b) ‘An Alphabet of Cases’ exhibition overview at Graphic Days in Torino(IT).

2020 Het Nieuwe Instituut In search of the Pluriverse identity and web cover design:

2019 VPN (Virtual PUB Network) explores the possibilities of autonomous infrastructures by building a zone of trust and situated knowledge. It stands in opposition to the platformization of institutions: as both a form of ontological anarchism and a temporary consensus zone based on unexpected alliances. By building a local network and designing its architecture, VPN aims to link all the distributed locations and generate in-between spaces: 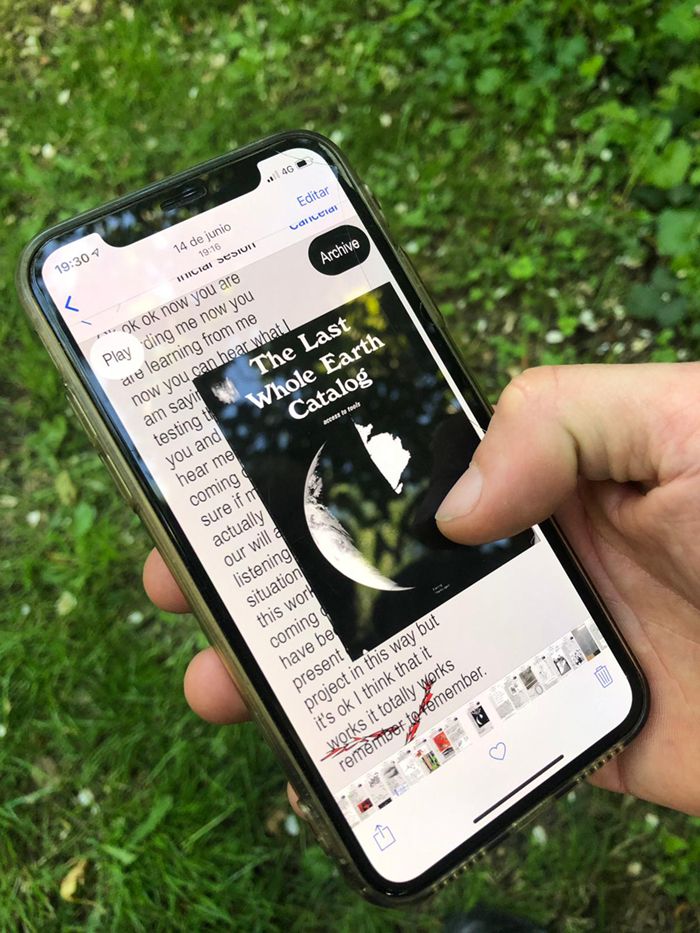 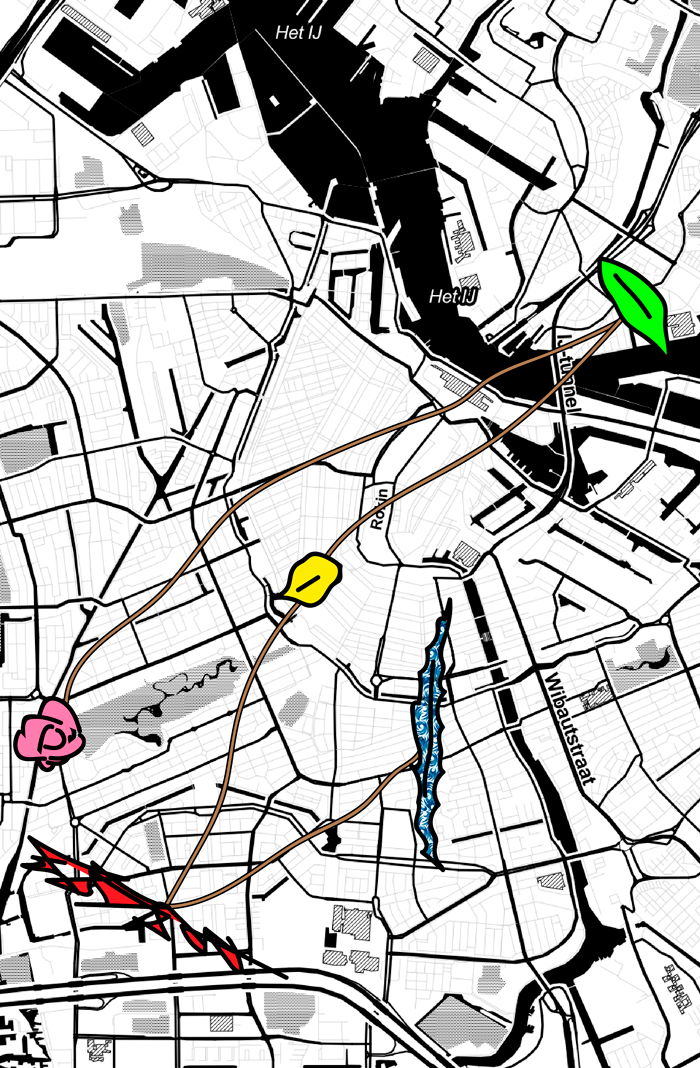 b) VPN creates an interface that allows visitors to engage with each stage of the communication system, thereby revealing the physical processes that underpin the virtual space. Through pings, packets and trace-routes; through the invisible, the scalable, flexible and malleable: the VPN PUB network lays bare its strengths and weaknesses, its traffic and its interferences, making the invisible visible. 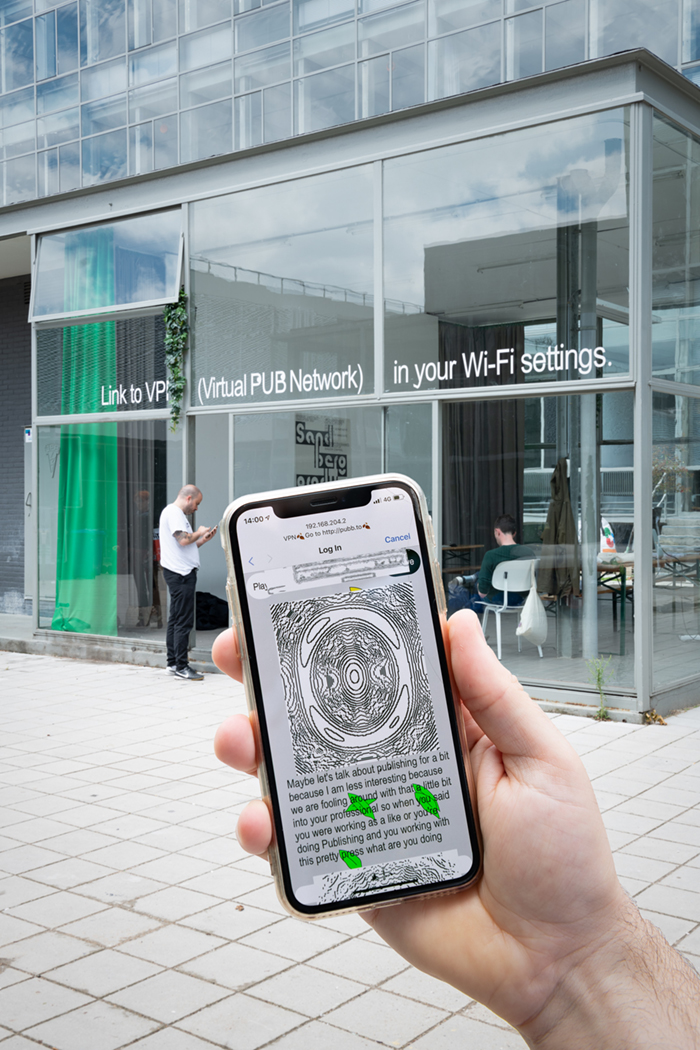 2019 Graphic design and identity for Tropical, Objects, Turns commissioned by Aram Lee within The New Alphabet School, Haus der Kulturen Welt (HKW). The project happened in context of the exhibition Elsewhere Within Here curated by Jo-Lene Ong and was co-supported by Framer Framed. 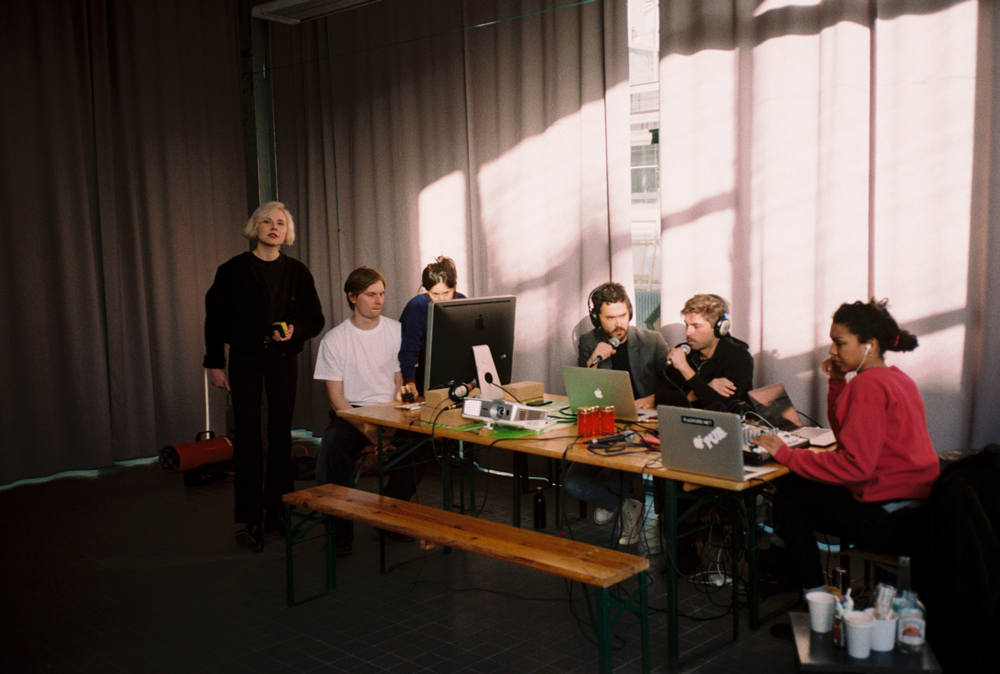 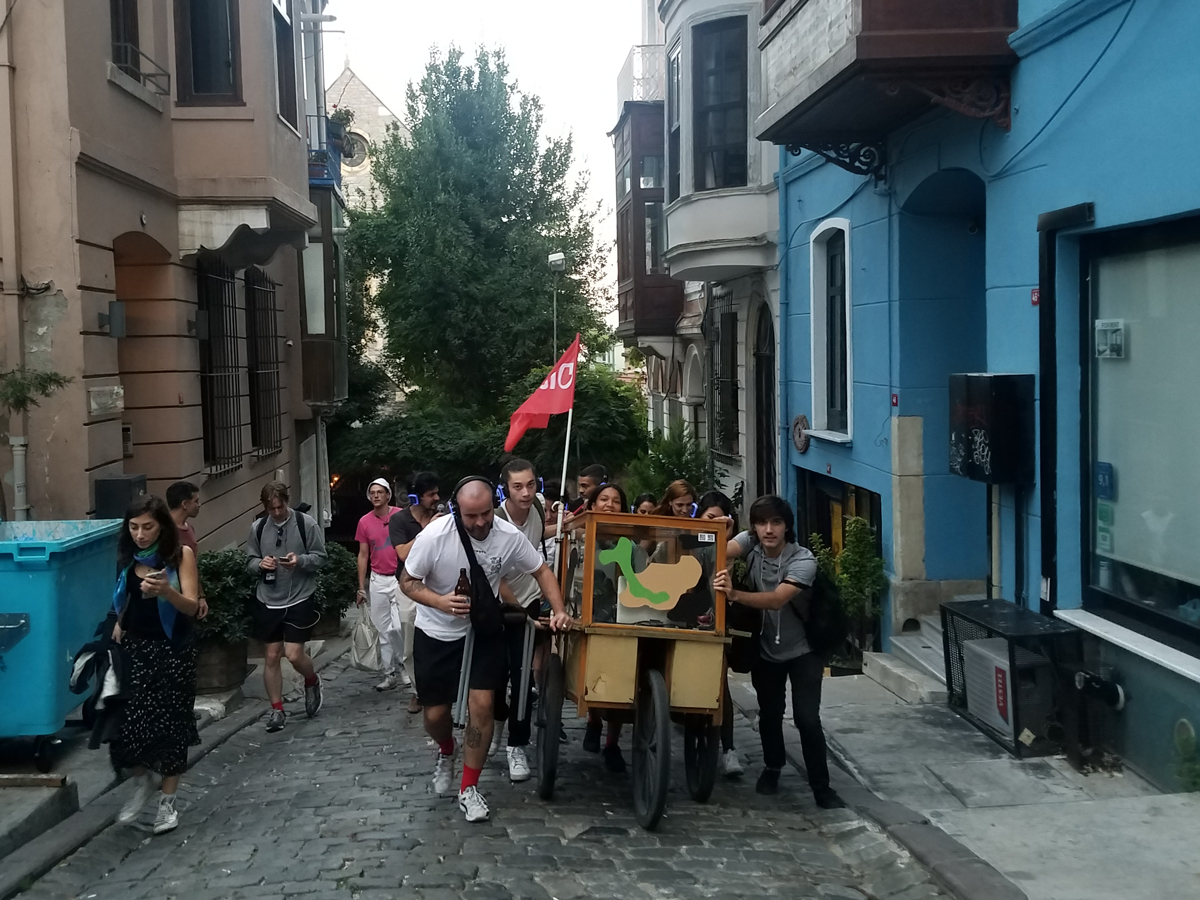 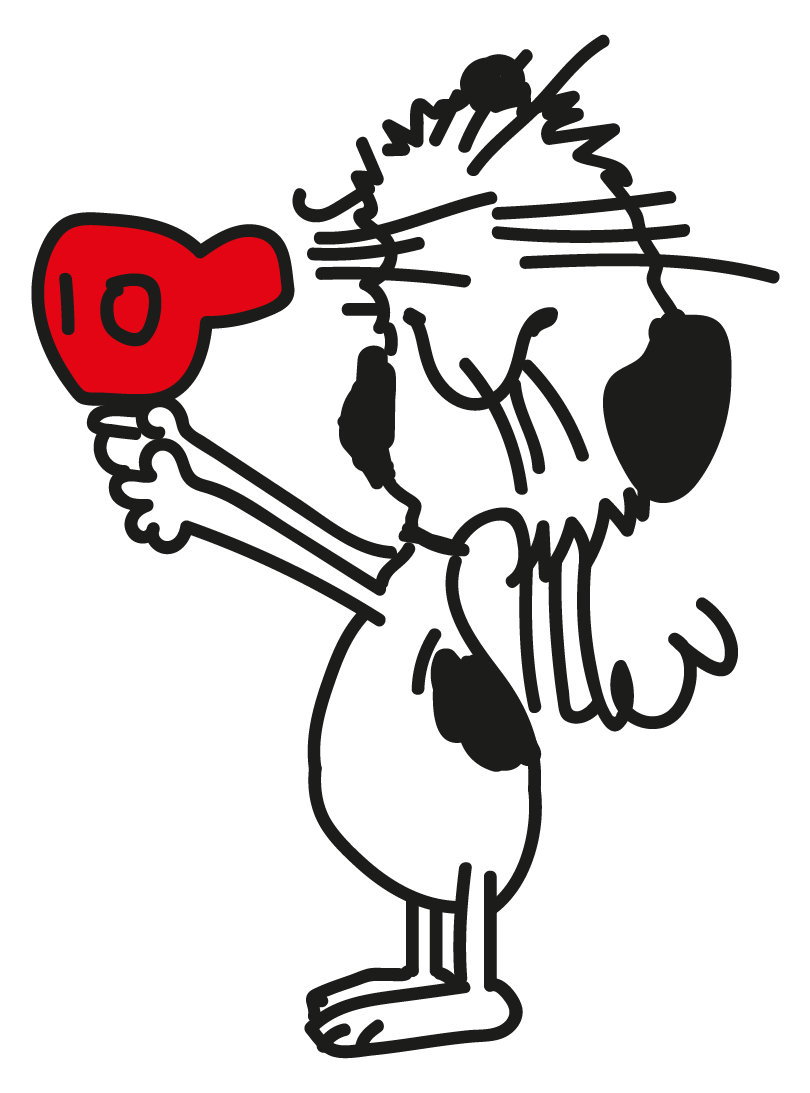 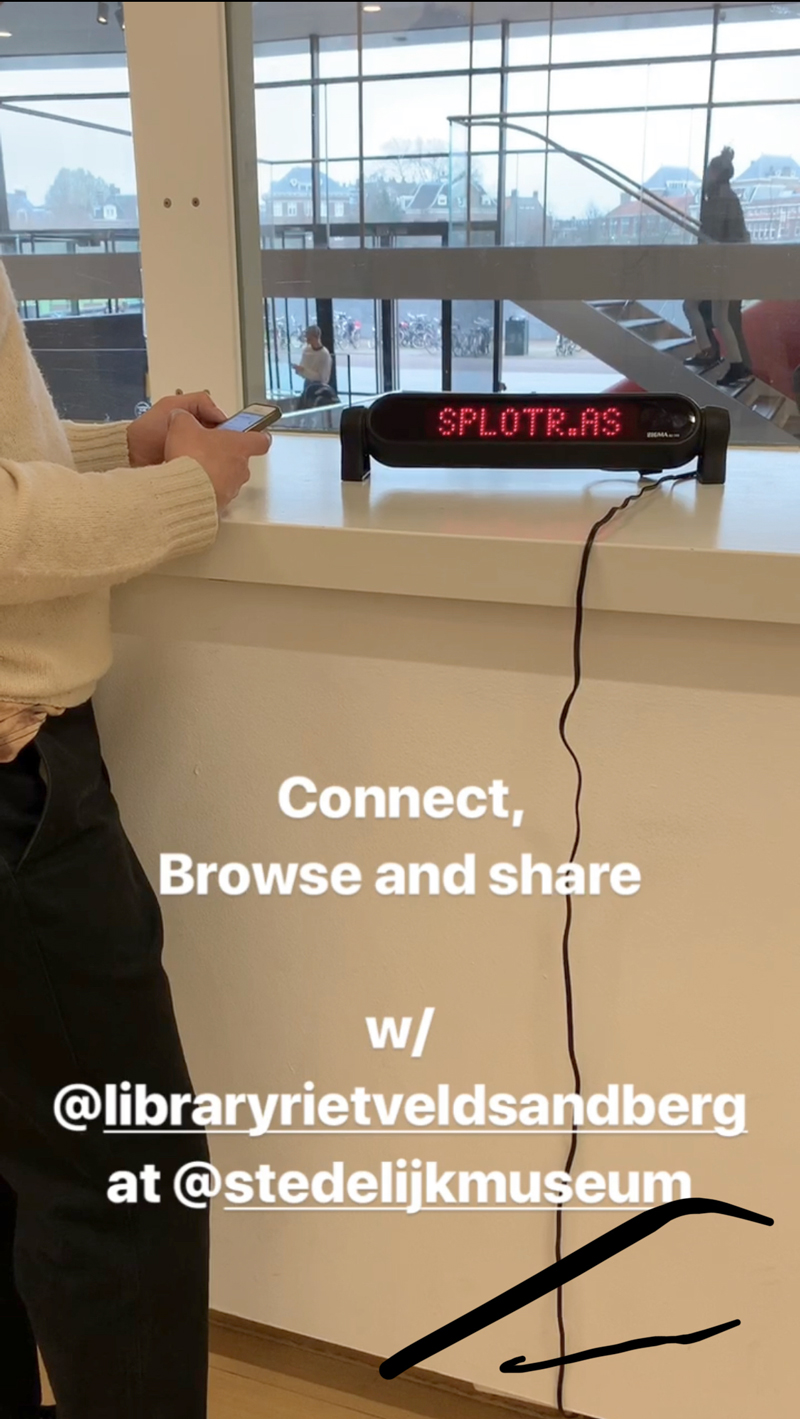 2018 fanfare inc. — Chapter 2: Tools catalogue presented at It's a Book(DE), Libros Mutantes(SP), Alt CPH(DK) and Manifesta(IT). An ongoing investigation into the current conditions of nomadic design labour. The different chapters aimed to reflect on new nomadic work practices through the lens of corporate culture. Each part of the research explores several points of view, drawing on interviews as well as both visual and written contributions. 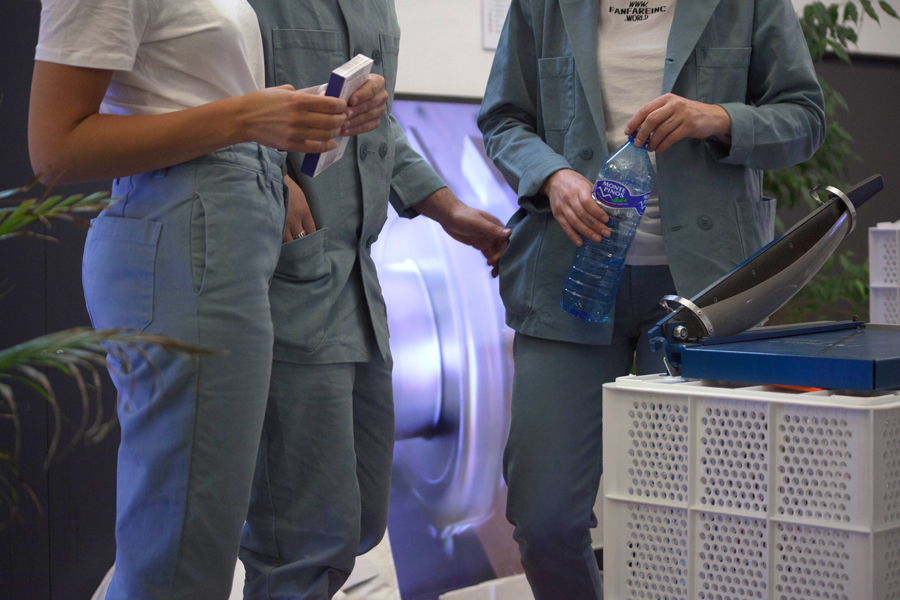 b) Launch at Libros Mutantes(SP).

2018 PUB is a trans-department platform initiated by students of the Sandberg Instituut to structure and establish a publishing practice within their school. While investigating the publishing possibilities in the context of an artistic master program, PUB is a hub to identify interdisciplinary connections and accelerate collaborations amongst students and third parties. Currently, PUB’s output includes Radio, TV, Type Lab, Journal, and publishing sessions. 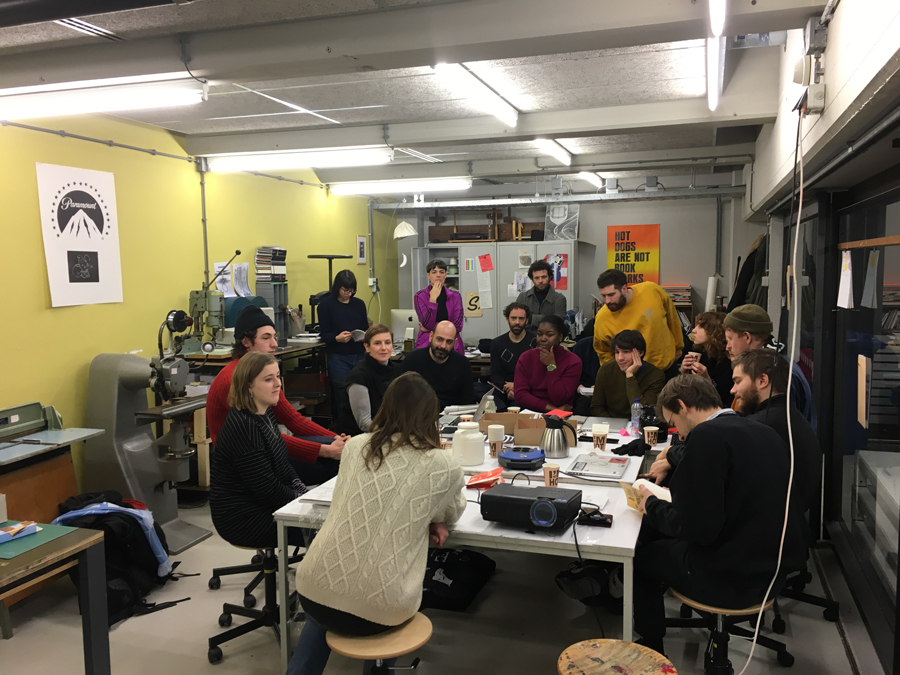 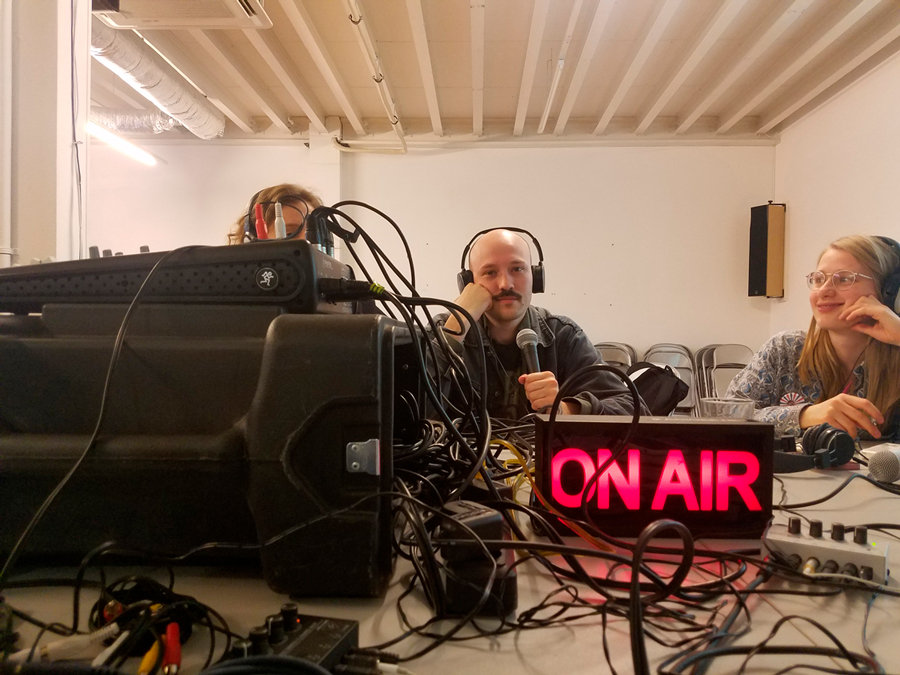 a) PUB Print and Radio sessions were open to everyone interested in extending their practice through publishing activities. 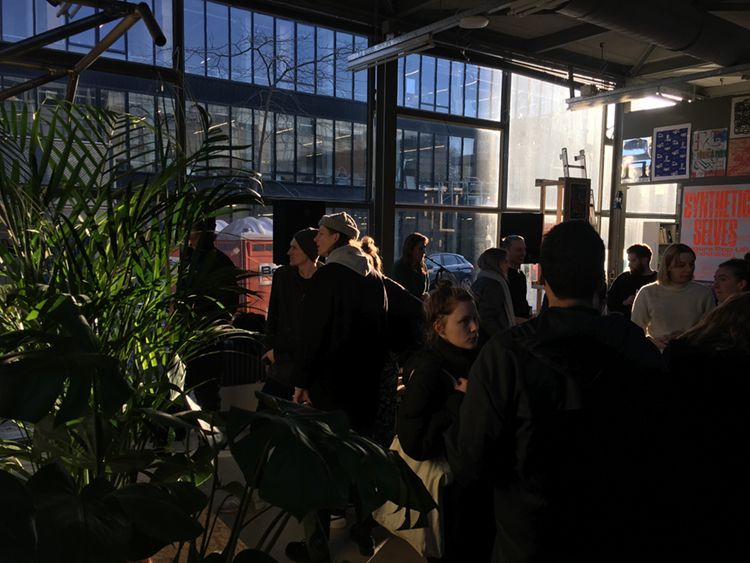 b) PUB Fanzine Fair was an alternative platform connecting self-organized artists and publishers, expanding the notion of distribution and building bridges between the Gerrit Rietveld Academie, Sandberg Instituut and the outside world. 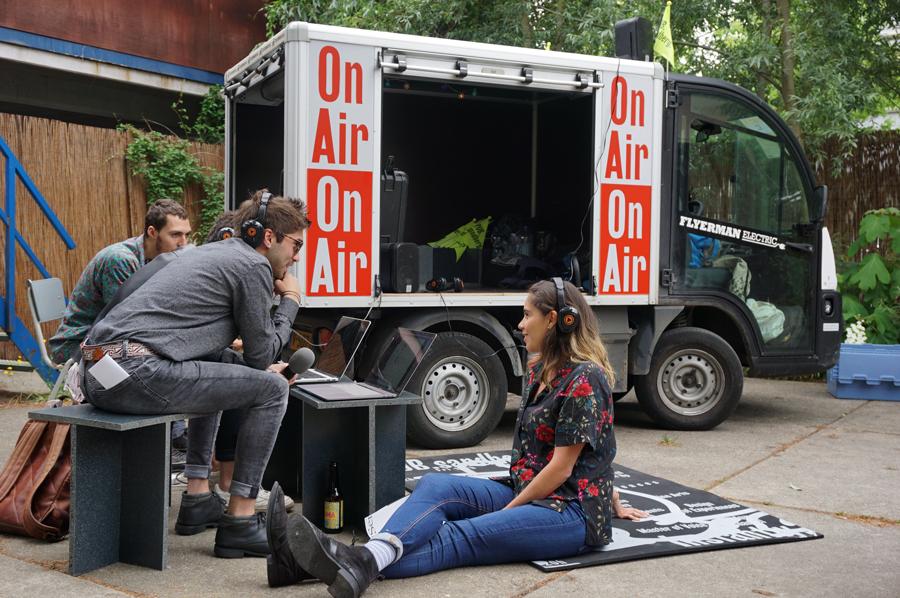 c) The outcome of the PUB Radio session: Three days of online live radio transmissions direct from the Graduation Shows of the Sandberg Instituut. The mobile radio traveled around Amsterdam, serving as a space for distribution and reflection. PUB Radio broadcasted conversations, readings, music, live feed reports, sound experiments and more from all of Sandberg’s departments. 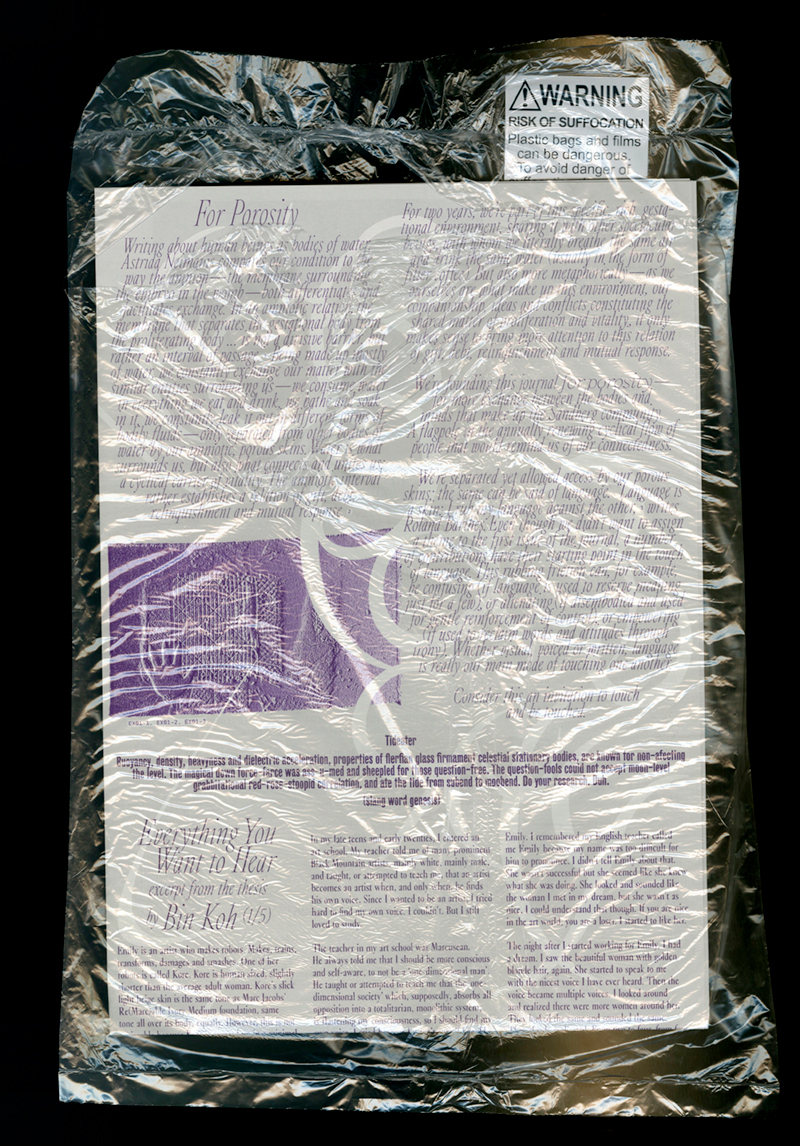 d) The PUB Print session gave rise to the first issue of PUB/Sandberg journal, “For Porosity”, launched during the Sandberg Instituut Graduation Show.

2016—2021Identity and web design for Station to Station, an online magazine of DutchCulture/TransArtist.

a) Din A2 offset posters and self-covers.